The Public Works is honored to be selected for our 2nd year as Brand Film Fest award featured film.  This annual event honors the nation’s most artistic and powerful storytelling brands, agencies, and craftspeople leading the way in PR, advertising, media, digital, ﬁlm, and production.

We are thrilled to announce our Airstream Around the World campaign has been named a finalist for two Brand Film Festival categories: Travel and Automotive.  We’re in great company as the other brands in our categories include: : Audi, Bentley, Hilton, Honda, Vice Media, and Hilton Hotels.

We want to extend a HUGE thank you to everyone that’s been a part of this trailblazing campaign, especially the the Smith family in Florida. Our time with Jackie, Judy, Scott, and Laurie in Florida was nothing short of magical as it’s rare when you feel the immediate kinship we felt with their entire family while on-set.  Profiling their connection with the world, each other  and their astute introspection about the trip – what it really meant to their lives –  was beautiful to experience to be part of and capture on film

Of course, we owe a great deal of gratitude to Airstream who has who has been a reliable, open, fun partner for almost a decade and we can’t thank them enough for trusting us with bringing their  stories of adventure to life – whether it’s on the beaches of Florida or the high alpine of Colorado.

Lastly, we want to thank all the Brand Film Fest Judges, who are industry leaders for some of the world’s largest brands , for seeing something in our work:

While we can’t share the piece yet as it hasn’t launched publicly, we’ll share as soon as we can!

Jeep Behind the Scenes

As we say goodbye to winter (Colorado style… as it’s supposed to snow again this weekend), we wanted to look back on one of our favorite projects. This was a fun one –  big crew, cool toys, fun action, and dogs!

We invite you to take a peek behind the scenes at what it takes to create a national broadcast level spot for a brand like Jeep below. We will roll out stories about this shoot on our social all week so check out more action at LINK TO SOCIAL MEDIA

Be sure to watch to the end to see the finished piece!

It’s been amazing watching companies big and small pivot to help the effort to support our medical workers, front line essential workers, and vulnerable communities. We wanted to highlight and celebrate a few of our favorite companies here.

THOR Industries– is focused on being a part of the solution where they can. Whether it be donations of face masks and other protective gear or the gifting of travel trailers to be used by those affected, including the brave and tireless people who are fighting for us all on the front lines, the THOR companies in the U.S. and in Europe have and will continue to heed the call to action.
Airstream, Inc.: The iconic brand has donated two NEST travel trailers for the Wilson Health medical team to use to conduct testing at the Shelby County Fairgrounds in Shelby, Ohio. The site will be set up as a drive-through and a Wilson Health medical team will collect specimens from patients who have a physician order for a COVID-19 test to be performed.
Smith –The eyewear brand has joined the Goggles for Docs effort by contributing new and used goggles to health care workers in need of eye protection.

L.L.Bean – In partnership with a local food bank, the Maine-based gear company is using its distribution center to pack food for pantries around the state.

Hestra – The glove maker donated 38,000 pairs of nitrile gloves to first responders in Arvada, Colorado, where its U.S. headquarters is based.

Fischer – Fischer, the U.S. distributor for Uvex goggles, donated 1,000 pairs of goggles to medical workers through Goggles for Docs.

Evo – Employees of the retailer who are able to work from home can donate their vacation time to be reallocated as pay for those in stores and distribution centers who can’t work remotely.

Eddie Bauer – The century-old gear and apparel maker converted some of its manufacturing production in China to produce N95 masks for Seattle-area hospitals.

This piece is the second in a serious of brand videos for Airstream. The first piece (Here) was an introduction to Old Grandad, a trailer built by Airstream founder Wally Byam in 1937. Anthem: Creed explored the words that Wally as a young man that have steered the direction of the brand to this day. Anthem: Adventure is the second installment of the series and highlights the proverbial passing of the torch to the newest most adventurous Airstream users today.

We partnered with Dakine and brought some of the best mountain bikers in the world to shoot with us in Virgin, UT, home of the original Red Bull Rampage. Shooting with the crew from Dakine and their athletes: Casey Brown, Graham Agassiz, Thomas Vanderham, and Carson Storch, was an absolute pleasure. 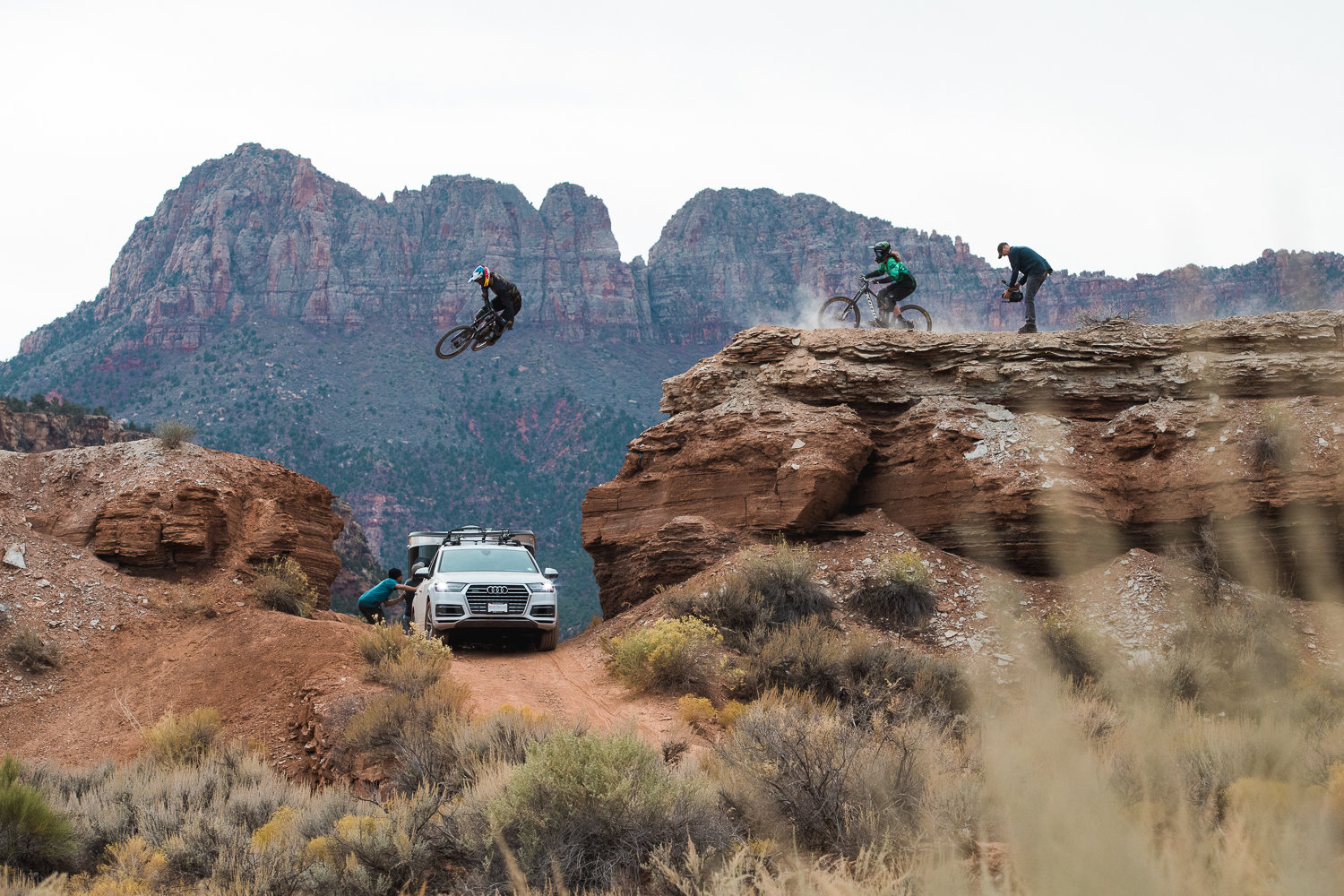 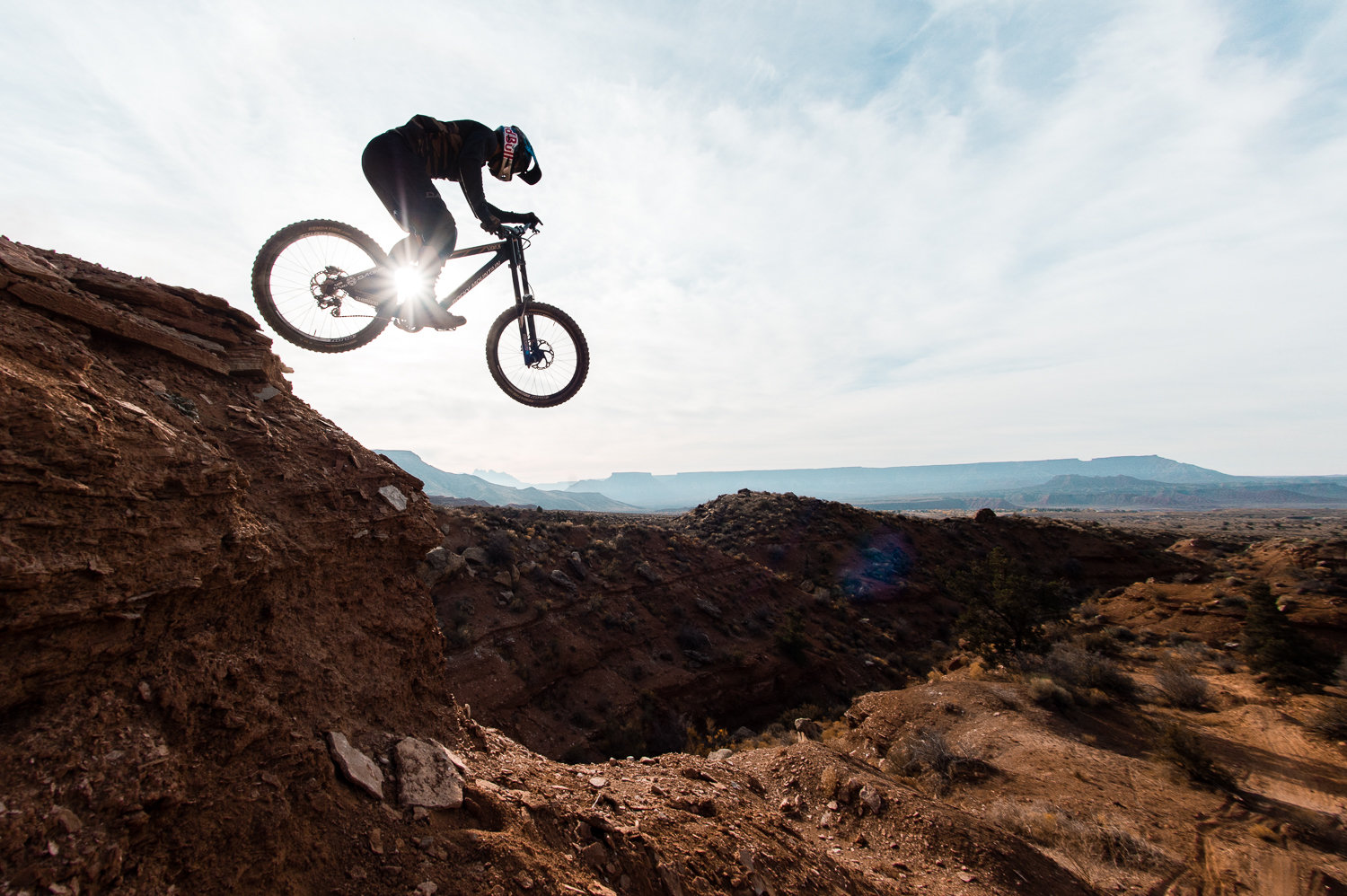 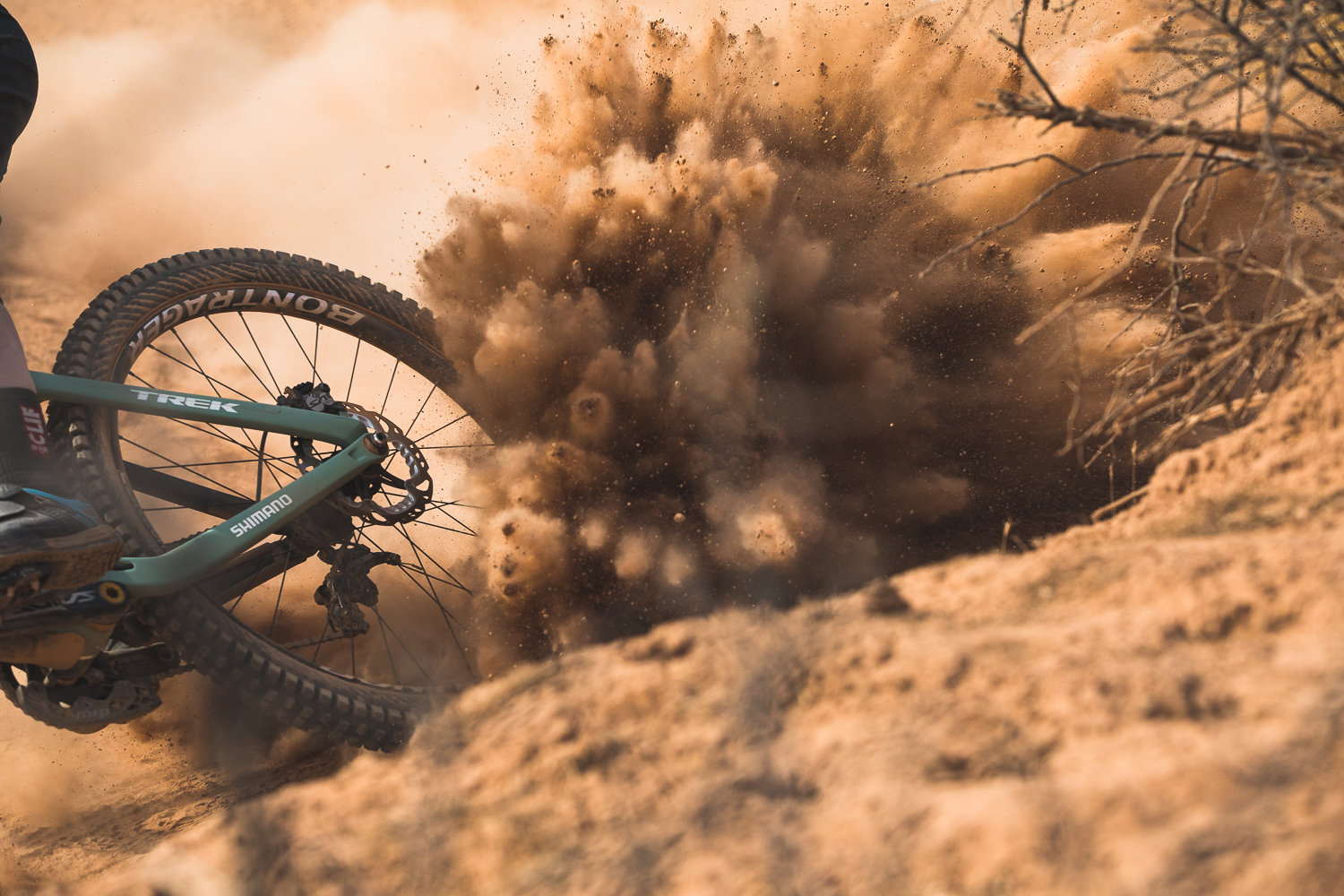 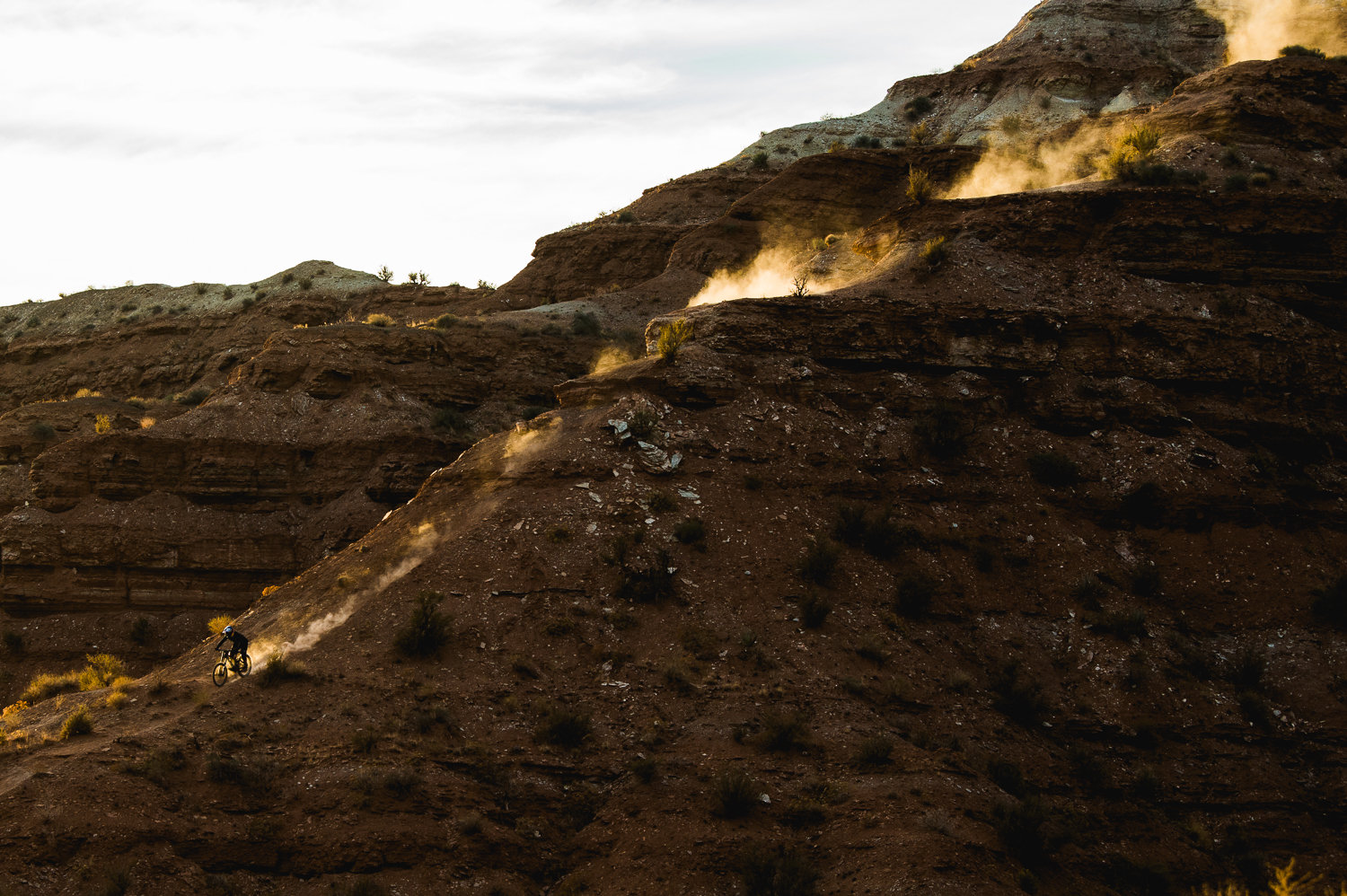 We pride ourselves in finding partnerships that create added value. Since day one, we’ve embraced the 1+1=3 mentality that a good partnership is more than the sum of its parts. When we were challenged to tell a story about Airstream Adventure we immediately thought of Dakine as a perfect fit. They lined up some of the best mountain bikers in the world and worked with us to find the best location for them to shred in front of our cameras. Not only did both Airstream and Dakine end up with hard drives full of images and video but DaKine ran this ad of Casey Brown in Bike Magazine. Huge thanks to everyone involved that made this a massive success.

While there are plenty of new challenges in our lives between kids at home, government loans, and arguing on Facebook, we’re all also benefitting from small chunks of time that we’re winning back from life. Whether you’re no longer commuting, have less in-person meetings, or traveling less, we all have a little bit of “found time”. It’s easy to let that time get sucked up by scrolling through headlines or your Instagram feed. We invite everyone to spend a few of those moments enjoying space, quiet, contemplation. Which is why we’ve edited a few quick tranquil pieces. Take a few breaths, feel your body sitting in space, relax and observe. Enjoy.

Stuck at home. Time to turn up the creativity.

Thomas is the just turned 10-year-old son of our Producer Tom Hoch and has been getting inspired by all kinds of artists, photographers and other creatives his Dad works with. After  watching a video of our longtime friend and collaborator Aaron Draplin explaining how he comes up with logo designs, Thomas began drawing sketches in his field notes books and then vectoring them in illustrator.

Unbeknownst to anyone, Little T took spent a month filling a book with sketches and drawings. We were so impressed we sent pictures  of the pages to Draplin and he immediately responded asking if he could post some on his Instagram. Then he went another step and vectored out a couple of them and made Thomas’ logo.

From that one super nice step, Little T was even more enthusiastic about creating all sorts of artwork projects. His latest was a stop motion Lego movie shot on an old iPod in the basement for a Cub Scout project. Tom helped him edit in Premiere, adding music and voiceover. If he decides to continue his creative journey, he will be the 3rd generation pro media producer in the Hoch family

We also wanted to share some of our inspiration in starting the Supple Furniture Collection.
“That path started in ‘95, when I quit my job in Mammoth and went on what ended up being an eight month journey of soul-searching and looking for the direction I wanted my life to take. I was an engineer and a designer. I was also passionate about wilderness, adventure in the outdoors. My free time was spent snowboarding, hang gliding, mountain biking and rock climbing. The only option I was willing to look at was a job in sports equipment design and engineering. Finally, months after beginning my search, I got the job at Burton. I packed up my life and moved across the country, from west coast to east, and started my new life in Vermont as a design engineer.”
Read more…

× Internet Explorer is missing updates required to view this site properly. Click here to update. OR even better, try out other great browsers, Chrome and Firefox are top of the best.